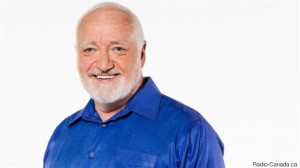 Paul Kennedy has been the host of Ideas since 1999, when he succeeded the legendary Lister Sinclair. But Paul’s association with the program goes back more than thirty years, to 1977. That year, he made his first contribution to Ideas with a documentary called, The Fur Trade Revisited. The project took him on a 1,600 kilometer journey paddling down the Mackenzie River from Great Slave Lake to the Arctic Ocean.

Paul’s interests encompass the environment, sport, travel, food, music, art and biography. His work engages what he describes as, “the core curriculum of contemporary culture.” In the course of his work, he has travelled across Canada, throughout North America, to Europe, Asia and the Middle East.

He has won national and international recognition for his work, including an ACTRA award for best Canadian radio documentary for a program called, War on the Home Front, co-authored with Timothy Findley; the B’nai Brith Media Human Rights Award for a series called, Nuremberg on Trial; an Armstrong Award presented by Columbia University. In 2005, he was awarded the Woods Hole Oceanographic Institution Special Citation for Excellence in Ocean Science Journalism for his eight-part series, Learning from the Oceans.

Paul has participated in the Muskoka Summit on the Environment since the first Summit in 2010. He has been instrumental in moderating the panel sessions and producing episodes about each Summit that have aired on his CBC Radio show Ideas.