Muskoka Summit on the Environment 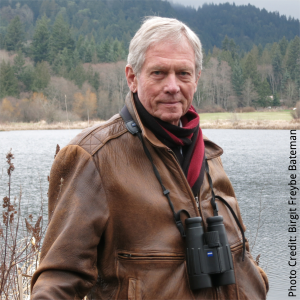 Renowned Canadian wildlife artist, naturalist, and conservationist, Robert Bateman is an impassioned advocate for environmental education and speaks eloquently about the value of nature. His paintings are found in many museums and major art collections around the world.

E. F. Schumacher said, “The real problems facing our planet are not economic or technical, they are philosophical. The philosophy of unbridled materialism is now being challenged by events.” There must be more to life than convenience and shopping. We need to make 3 philosophical moves. First, stop the Jihad against taxes and government. Second, stop urging for more growth. Third, emphasize the joy in the appreciation of nature and human relationships.

This old planet cannot stand any more growth in human population and in human activity. In 1930 there were 2 billion people on the planet, now there are 7 billion people. It took 500,000 years for the first billion and 13 years for the last billion. At the same time each person is expecting more convenience and consumer products year by year. No wonder we are running out of resources, polluting the air, land and water and causing massive extinctions.

The glorious bubble of cheap energy is coming to an end. It started in earnest in the 1950s. We are seeing the end of it right now. Meaningful work was taken away from the industrialized world by automation and globalization. Jobs were added by growth but that is unlikely to continue. According to a number of economists our grandchildren’s lives will be more like our grandparents’ lives than they will be like our lives by the end of this century. This will mean simpler but more meaningful lives, closer to home. Instead of shopping and “amusing ourselves to death” we will be able to find joy in nature and in human relationships. It will take a philosophical shift but I think that it will be worth it. 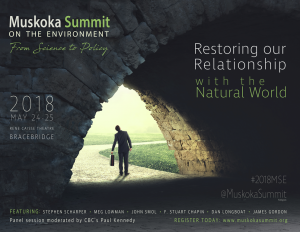